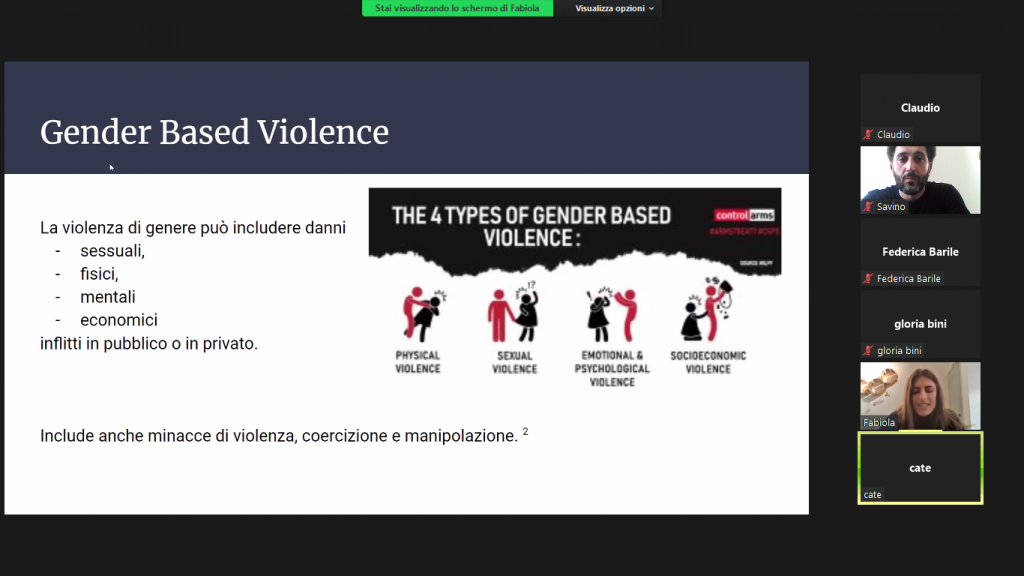 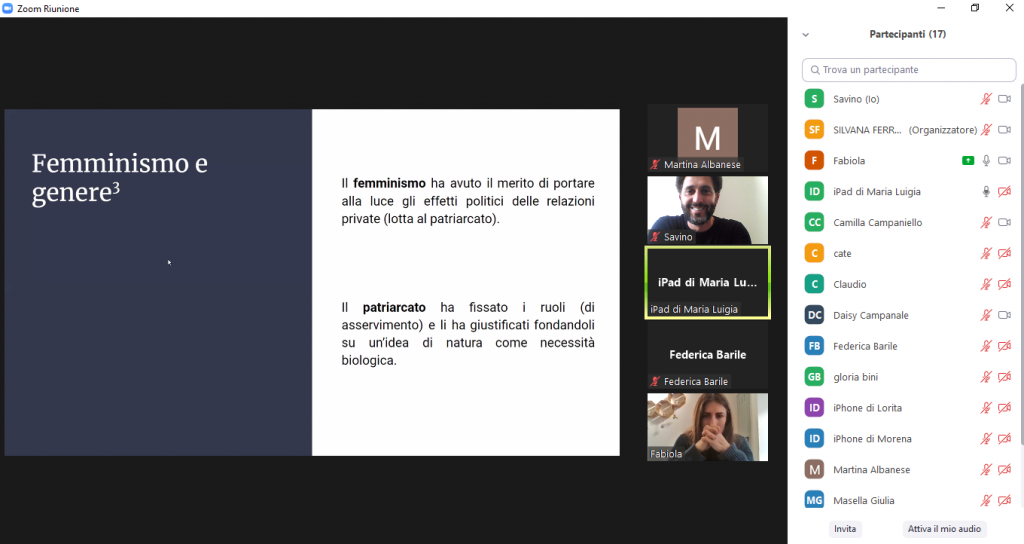 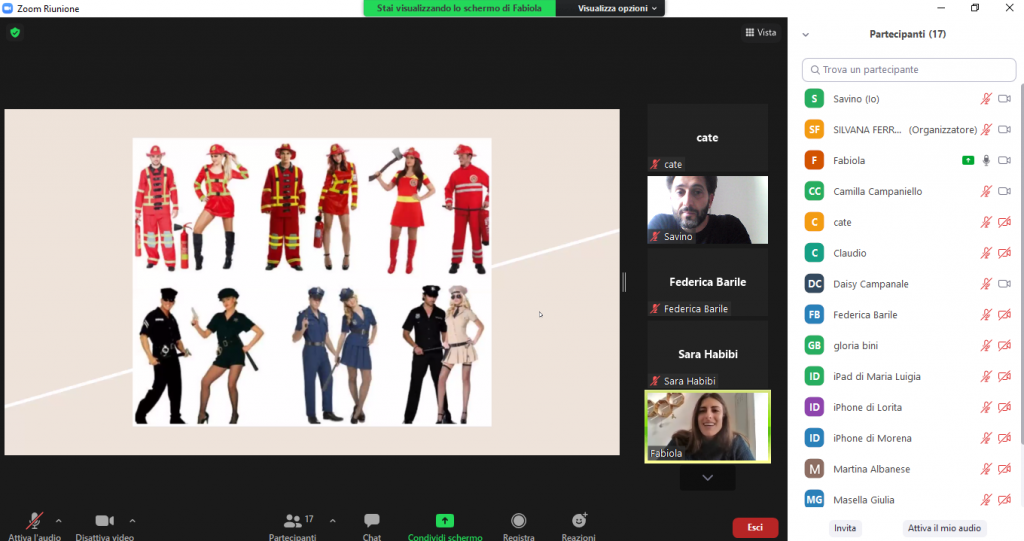 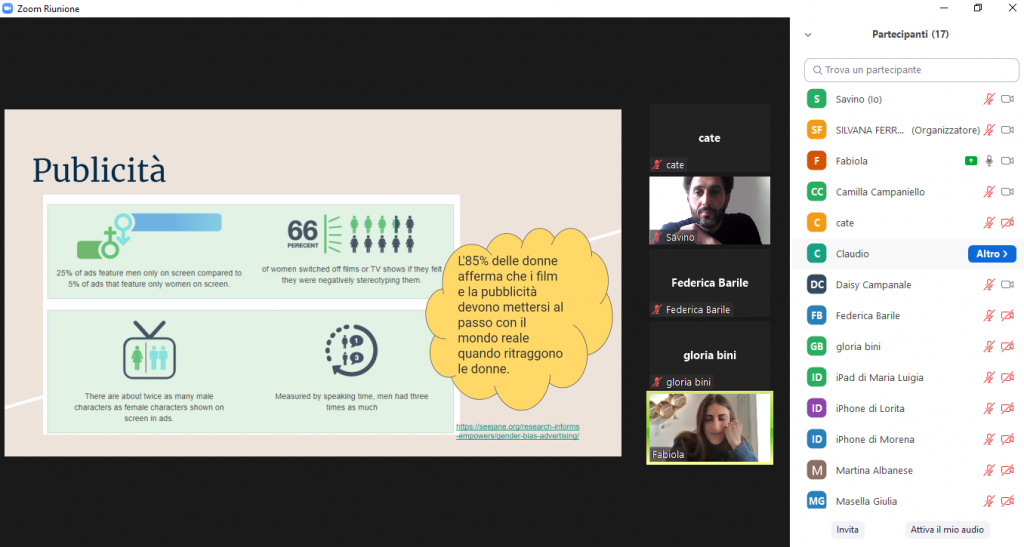 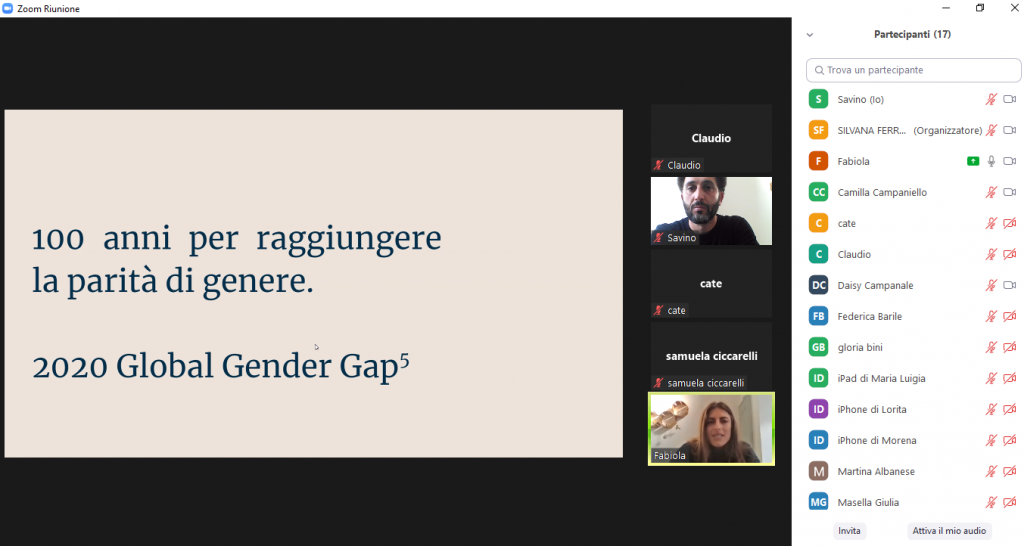 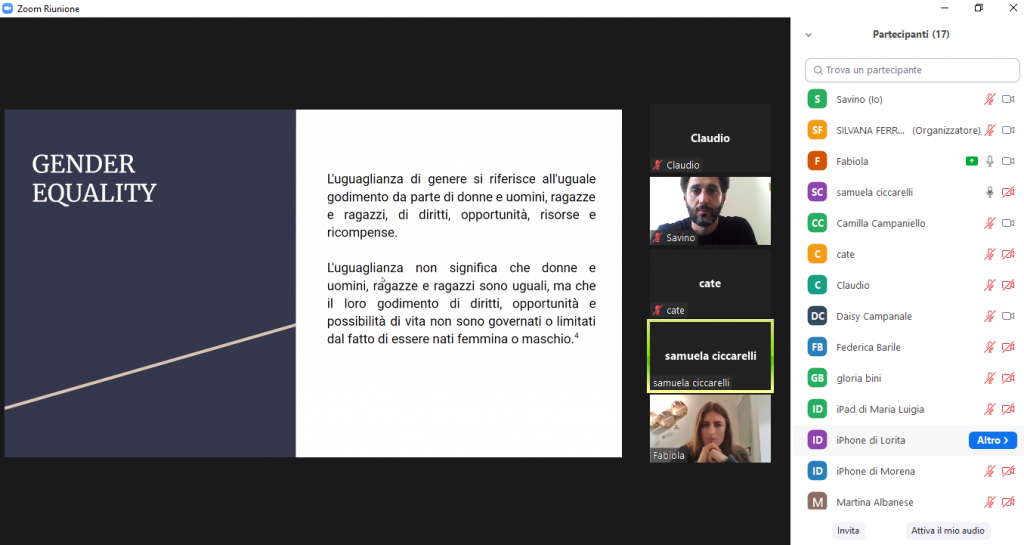 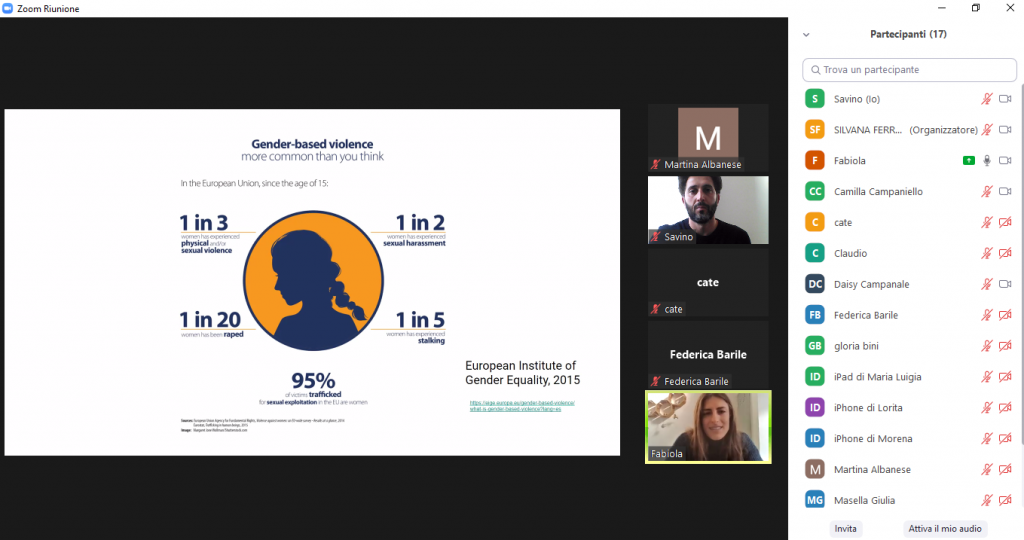 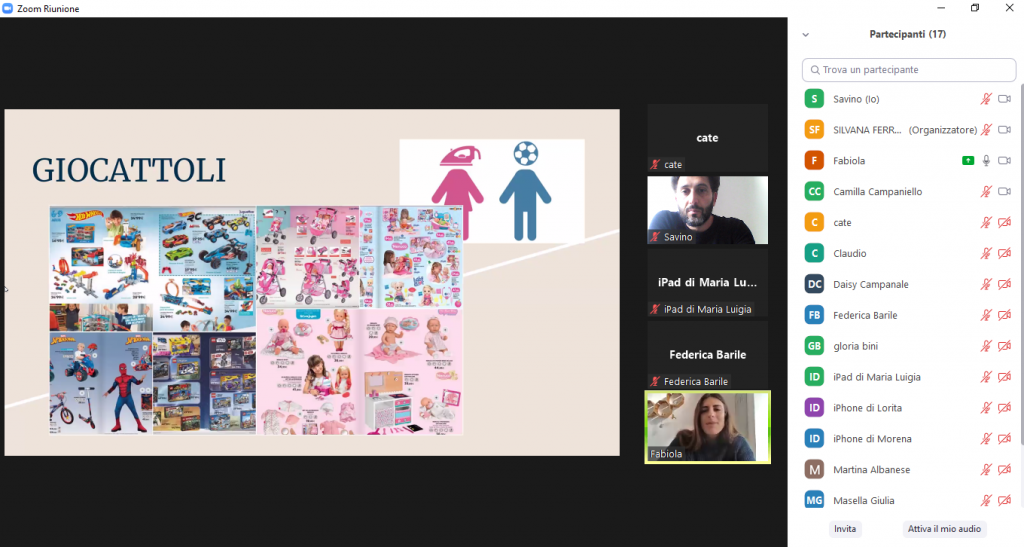 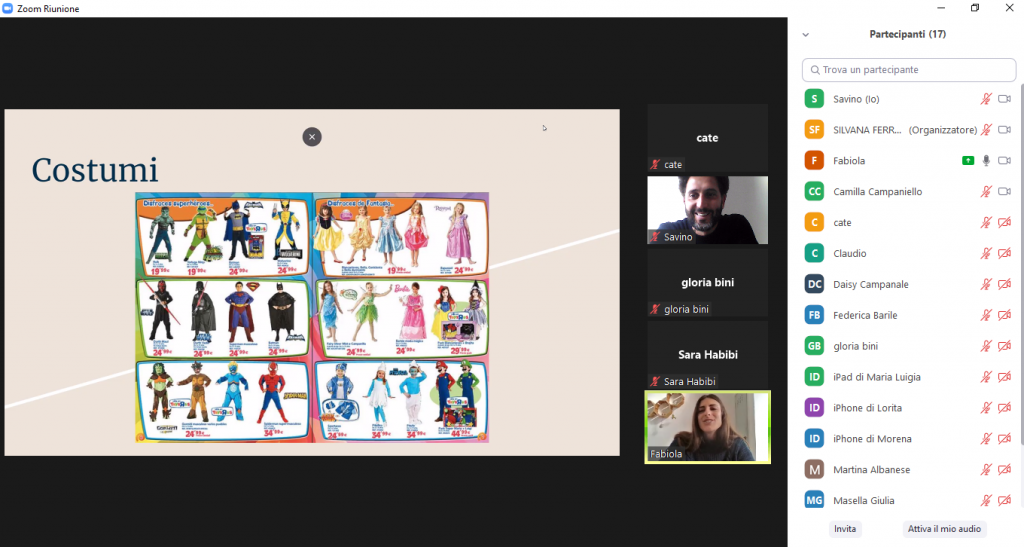 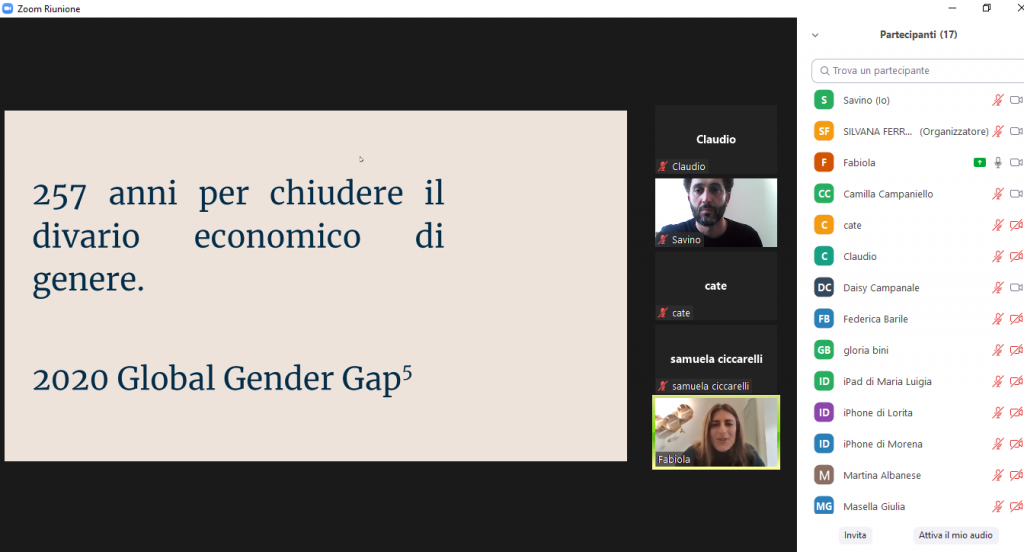 Continuing the course of the European co-financed project WOMAN (Working On Mastering Adult Nonviolence N.2019-1-IT02-KA204-063155) Petit Pas has organized a workshop on the theme of gender equality.

Returning from the last exchange of good practices which took place in Preston in the United Kingdom at the end of April, it was interesting to share with the workshop participants the experiences and knowledge acquired on the subject during the four preparatory visits that took place thanks to the project, in Spain, Italy, Poland and the United Kingdom.
The workshop took place online with 14 participants including
a teacher and 3 Petit Pas facilitators.
The topics dealt with were mainly gender-based violence, gender gap and refcleting on the fact that the gender inequality begins at an early age.
The workshop took place in two parts, in the first one, Petit Pas facilitators presented the topics of the workshop within the context of the WOMAN project. During the second part, participants were asked to elaborate a project or an idea on how to try to solve one of the problems related to one of the topics of the workshop.
Participants were divided into groups and each group presented their ideas at the end of the session.
Thanks to this workshop, Petit Pas took the opportunity to disseminate at the local level some of the main themes at the core of the project, continuing the exchange of good practices on the territory that marked since the beginning, the work carried out by the partners during the implementation period, spreading awareness among educators and young people in this case.